121. Which one of the following statements is NOT correct for the given reaction ?
Fe(s) + CuSO4(aq) → FeSO4(aq) + Cu(s)
(a) Iron is the reducing agent
(b) The solution turns green in colour after the reaction
(c) Copper is a more reactive metal than iron
(d) The reaction is an example of a redox reaction

122. Which one of the following is an organic acid ?
(a) Hydrochloric acid
(b) Nitric acid
(c) Acetic acid
(d) Sulphuric acid

124. Who among the following has explained the phenomenon of photoelectric effect ?
(a) Max Planck
(b) Albert Einstein
(c) Neils Bohr
(d) Ernest Rutherford

126. Which one of the following is NOT a west flowing river?

127. Which one of the following rivers was earlier known as “Vitasta”?
(a) Tista
(b) Jhelum
(c) Tungabhadra
(d) Bharatpuzha

128. River Sarda drains in the Northern Plains of Uttar Pradesh. Before entering in the Plains, Sarda is known
(a) Saraswati
(b) Bhagirathi
(c) Kali
(d) Pindar

130. Which of the following is/are environ mental effects of Rotation of the Earth?
1. Daily or diurnal rhythm in day light and air temperature
2. Flow path of both air and water are turned consistently in a sideward direction
3. The movement of the tides
Select the correct answer using the code given below :
(a) 1 and 2 only
(b) 1 and 3 only
(c) 1, 2 and 3
(d) 3 only

131. Who among the following historians have described the Quit India movement as a ‘spontaneous revolution’?
(a) Gordon Johnson
(b) David Arnold
(C) F G Hutchins
(d) Peter Robb

132.
Statement I : Abul Fazl shaped, represented and articulated the ideas associated with the reign of Akbar
Statement II : The qualities of Abul Fazl impressed Akbar who found the former suitable as an adviser and spokesperson for his policies

136. National Water Academy, a centre of excellence in training and capacity building in water resource, is located at
(a) New Delhi
(b) Kolkata
(c) Pune
(d) Chennai

138. “Viticulture” is a common feature of which one of the following Australian cities?
(a) Adelaide
(b) Darwin
(c) Hobart
(d) Brisbane 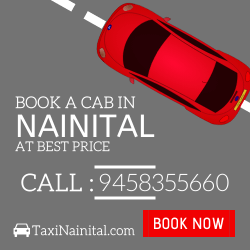