I worked with tribal children in Chhattisgarh, in a single teacher school where a large but was partitioned with gunny bags into five classes. It was naturally chaotic and noisy. The teacher resorted to the stick to maintain discipline. It was impossible to do much inside the classroom so I decided to take may class -std. V students-outside. Once outside, the students were like free birds, chattering, singing, jumping and dancing. They led me to a pond, showed me different types of insects and weeds. They rattled of different characteristics of each insect, how and why they breed, their changing habitat and what the village folks do with them. I was amazed at how much they knew. The children were excellent at a catching fish and made a fishing contraption out of nothing. Some children showed me how to weave a basket out of the reeds nearby. They new exactly when the sale and plash bloom, what part of a plant is edible, what part of a tree is use for stomach upsets, they recognized different bird and animal calls and that a profusion of a particular insect meant that train is around the corner, I became painfully aware of my own ignorance.
However, the next day we were confined to the classroom due to rains. so I began with a lesson in geography. to may dismay, the bright active students who knew so. Much about the contours of their local geography the flora and fauna around, were totally at a loss with the textbook.

1. Students………….the geography text book ?
A. Had complete control over
B. Were at a loss with
C. Were hostile to
D. Were indifferent to

2. At the practical knowledge of their world the author………
A. Became highly jealous of the students
B. Became suspicious of their intelligence
C. Was simply amazed at their knowledge
D. Could not react in any manner

3. The classrooms of the school were only………….
A. Temporarily partitioned
B. Good enough in number and quite impressive
C. Three in number
D. None of the above

4. The author found the atmosphere in the classroom…………..
A. Calm and congenial
B. Hostile and hot
C. Orderly and quiet
D. Raucous and disordered

6. The kind of knowledge that the pupils had can be called………..
A. Bookish
B. Worthless
C. Driven by ignorance
D. Having practical use

8. The difference in the state of mind of the students outside the class and inside it left the teacher…………
A. Unhappy
B. Satisfied
C. Elated
D. Indifferent

निम्नलिखित अवतरण को ध्यान से पढ़िए और प्र. क्र. 9 से 15 तक के तक के उत्तर देने के लिए सर्वाधिक उपयुक्त विकल्प को चुनिए :
Reports say that 80 percent of the people coming out of India’s colleges are unemployable. As one who is in contact with the young generation, I would disagree only with the figure. Interacting with the youth, i can only say that a good 90 percent are unemployable simply because they are evasive and irresponsible. Somewhere along the line, young people have started to mistake bad manners for confidence. They do not wants to do anything but make a lot of money.
It is not that they are useless : most speak good English and are confident of themselves. They are aware of the latest ringtones, movies and jokes. But when one goes a little beyond, they stare at me with dull eyes. They want to earn a ‘lot of money’, thanks to the media hype and salary surveys published regularly, but they do not have skills the will help them earn that kind of money.
Their degrees are suspect : ask them a few questions on their graduation subjects and most young people flounder quickly. As for extra reading, nobody reads anything of consequence.

9. Nearly eighty percent people coming out the colleges……………
A. Do not have the capability to get jobs
B. Will get jobs
C. Will not go in to business
D. None of the above

10. According to author ninety percent of the youngsters are unemployable because they are ……….
A. evasive and intelligent
B. evasive but irresponsible
C. irresponsible and evasive
D. not lacking in responsibility and are also wise

12. Why do young people want to earn a lot of money ?
A. because they deserve it
B. because they are offered very high salaries
C. because of a kind of hysteria
D. because media does not support it

13. The level of understanding of most young people of their graduation subjects is…………
A. up to the mark
B. condemnable
C. praiseworthy
D. comprehensive

14. The author………reports regarding employability of the graduates.
A. does not agree with
B. fully agrees with
C. partially disagrees with
D. is dismissive of

15. According to the author, our graduates…………..
A. don’t do any extra readings
B. dislike reading books
C. are not capable of reading
D. do not read useful books

19. Carrier pigeons…………to have been used by early humans for communication.
A. are said
B. heard
C. thought
D. were made 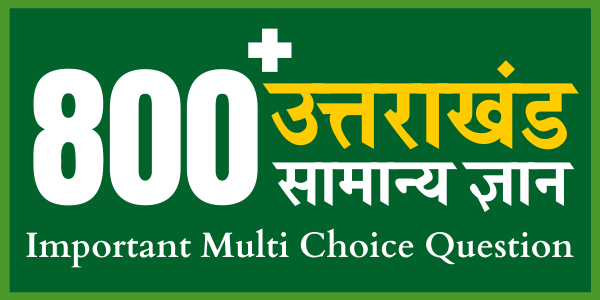